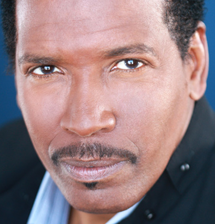 is a licensed psychotherapist in private practice in Encinitas, California. He specializes in Soul Journeys Therapy, a process he developed and refined which allows clients to recall and heal the invisible emotional wounds of present and past-lives, pre-birth, and the birth experience. He also specializes in facilitating between-life experiences and karmic analysis, a method of learning the present and past-life karmic influences in your current life and relationships.

Dr. Richards has used his therapy with thousands of clients, who often include other health care professionals. Clients come from around the world to work with him. Health-care professionals and therapists regularly refer their clients to Dr. Richards and invite him to speak and train them on his work and methodology. National television recognition for Dr. Richards’ work came about through his appearances on an NBC television special The Other Side. He’s been interviewed on radio and television news shows and become the subject of newspaper articles in the United States, Brazil, and Australia.

Dr. Richards has also taught graduate-level courses in psychology and led numerous seminars and workshops. He received his doctorate in Clinical Psychology from the Alliant International University in San Diego. Dr. Richards also trained and coached senior executives of Fortune 100 corporations in management and leadership development at the Center for Creative Leadership for over a decade.

Over the years, thousands of people in the United States, Canada, Europe, South America, Hong Kong, Japan, and Australia have attended Dr. Richards’ lectures and workshops. Dr. Richards has given lectures and classes at the Chopra Center for Well Being, the Learning Annex, Association for Black Psychologists, and the University for Humanistic Studies.

Dr. Richards’ enlightening tape/CD The Way of Karma: Healing Karmic Wounds sets a foundation for the book Karmic Relationships: Healing Invisible Wounds. Both empower you to gain an understanding of karma and past-lives based on many years of case studies, tracking the evolution of hundreds of Souls throughout time. Much of this material has not been previously written in the current literature on karma and reincarnation.

Listeners and readers of Dr. Richards’ pioneering work will recognize a fellow explorer, who has faced relationship challenges and been adventurous enough to go beyond tradition to heal them.

“Over the years I have grown to understand the ways of karma and the Soul by continuing my own personal spiritual explorations. I also observed and documented the experiences of over a thousand clients I have guided through past-lives and realms other than the physical.”